SM: Many seekers are aspiring toward having a sustained transcendent experience. Can an STE be prepared for?

BK: If I say, if I talk about, ‘I want to be enlightened…’ it implies a future. And there isn’t any. And then we attach to…one by one, by one, by one… I call it ‘they get married and have babies.’ It’s reincarnation. You start with the…the I arises, and if you don’t notice, then it has a baby and a baby and a baby and it splits, it’s a cellular… [laughs] thing… it’s like the atoms splitting… I call it instantaneous unenlightenment. But if you’ll notice, then it ends. There’s no more reincarnation. So if you don’t notice, it continues. And that’s time and space and place. It’s an illusion. Like an internal optical illusion.

So there’s only transcendence in the moment. Nobody can be transcended forever. That’s why I say, ‘who cares if you’re enlightened forever? Can you just get it in this moment, now?’ And that’s what the investigation’s about. I mean, that’s all there is. I mean we’re so attached to the concept we’re in, that we really…it’s such a vivid movie that it would imply a past and future with it all in it. It’s just a concept now. So it is just in the moment now. There’s no division point in it. There’s nowhere where you know where it differentiates. It is so good. It, this transcendence thing is just a beginning. Until it comes back for itself and claims it, transcendence is just a beginning. It’s just a concept. And that’s what you were saying. It’s a concept that people aspire to and they don’t re-enter. And I don’t know why people don’t speak of it. But transcendence, there’s nothing in it. When It comes back for Itself, the mere image of Itself… It’s intoxicated. Couldn’t have anything else. It’s a matter of total greed. 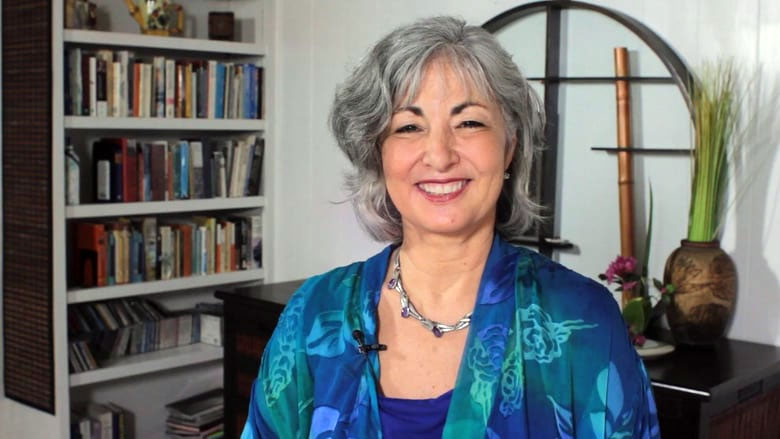 BK: Itself. It would have everything. It would just preen in front of the mirror. And you are that…and that…that beauty, and old and young, tall and short, and all things, and a flower and a tree…undivided. And that’s a beginning.

BK: Yeah, no story, no suffering. No attachment to story, no suffering. I don’t even know what a sustained transcendent experience is. I only know that I have not seen a problem in 13 years that is real. And I have not met anyone or anything that I would change. Everything brings me such joy. I am everything. If that’s what a sustained transcendent experience is, no wonder people seek it; even though it is always, always apparent.

SM: Um. Let’s go back to that you didn’t have any words or concepts, I’m guessing you had never read any books, is that correct, about…such things [that we’re discussing]?

SM: Have you ever had a phase, like Suzanne Segal describes, about fear?

Suzanne Segal wrote a best-selling book about her awakening, Collision with the Infinite: A Life Beyond the Personal Self. 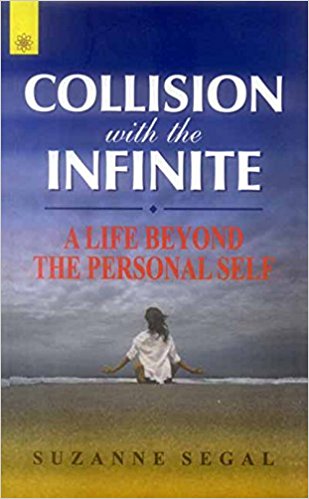 BK: Suzanne Segal was a friend of mine and I couldn’t relate to anything she said.

SM: You had the fear for 10 years, first? And so by the time your shift happened…

BK: Like U.G.…I totally relate.* And Suzanne, nothing. She used to call me and I couldn’t relate to anything she said.

SM: Can a person having a sustained transcendent experience know if someone else is having one?

SM: But you know when they’re talking about their story…

SM: Would you say then, that Suzanne was pretending that she knew?

BK: No. No, I wouldn’t say that. I just don’t relate to anything she said.

SM: She described disidentification by saying that she was located to the left of her body. Do you have that experience?

SM: So, do you know if U.G. is having a sustained transcendent experience?

BK: He’s as close to my experience…he’s the only one I’ve met that I relate to.

SM: His description about his shift was that it was a calamity… I mean he tends to portray the good, the bad and the ugly.

SM: So, if I were to one day wake up and be having some kind of transcendent experience, how would I know?

BK: You don’t. You don’t even care. There’s no one to care. I can’t even put it into words… self-love? [That would] be a guess. Words are always going to fall short, which is a sweet thing.

SM: Would I feel physically grounded in my body?

SM: Where would I feel located?

SM: So my consciousness would be bigger than this location?

BK: Yeah. And when you’re, when I’m driving in a car, everything’s coming into me. It ends there. I am the beginning and the end of all of it.

Collision with the Infinite: A Life Beyond the Personal Self

This is a strange but fascinating autobiographical account by a twentieth-century American psychologist who can’t tell whether she has become enlightened or is suffering from a psychiatric disorder. After twelve years of misery, she finds bliss and decides that she is enlightened. She writes quite well and succeeds to a remarkable extent in conveying what her experience was like. This book has become a classic in spiritual circles -- some might say cult classic -- and we recommend it highly.

An extraordinary book -- one of a kind. Suzanne Segal's story is the subject of a great deal of controversy and debate within non-duality circles, but the way she writes about the experience of no-self, is compelling. I have read the book at least twelve times, and every time I read it I am amazed at the subtle power of her words and the magnetic pull of her writing style. This is one of several books I recommend to people who are interested in enlightenment because it helps to shatter the idea that one can practice one's way to what one already IS!