SM: Do you know if you were dreaming when you’d sleep?

SM: So would you have dreams but recognise that they weren’t real?

SM: What I’m trying to get is…sitting with me…

SM: And when you are asleep…I’m trying to understand, is it like meditation where it's just still and quiet or your mind is actually having images?

BK: Same. Same as sitting here with you. It’s all the same.

SM: So you are having visuals, and sound there too?

SM: So there was a lot of energy? And how did it affect your physical behaviour? 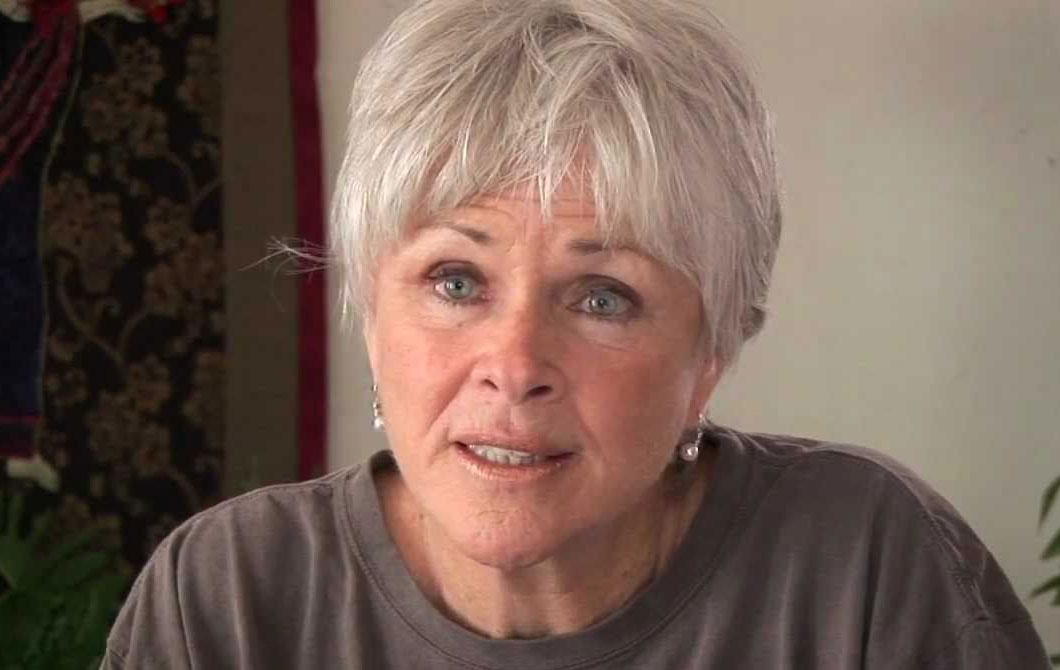 BK: No one told me what was going on. The people in Barstow, they don’t have the concepts like maybe the people in this group tonight would.

They used to call me ‘the lit lady’, and ‘the woman who walks by’ and I’d go out in the desert and just never come back cuz there’s no such thing as lost. I learned that the light, the litness, would apparently decrease and get less and less until it looked like yours. No happier, no sadder. The appearance isn’t quality, and that’s where it’s comfortable. But the litness doesn’t change levels. It just apparently does. It’s like a chameleon. I call it ‘love meets itself’. It doesn’t care where, it doesn’t care what. It just does. So that’s how I met people.

SM: So you were drawn toward human beings?

SM: Which was unusual considering…

BK: The extreme opposite. I [had not been] a lover of people or anything else that is.

SM: How has your relationship with your body changed?

BK: Um. I had one, now I don’t [laughs]. Um. Just total love. Just absolutely… I used to ask my children to just look at these hands and fingers…how the light hit it and touched it and just…maybe I would just ask them to come look at my foot or something and just marvel. It didn’t matter whether it was their foot or my foot it was…new. New. New. Took about three years for it to even begin to balance.

SM: And how was your relationship with your husband’s body?

BK: Uhhhh. [Sighs.] First time we made love it was just amaaazing. It was radical! Cuz it was God with God. And it was the receiving of it and the giving ah, it was just amazing!

SM: So how long were you in the hospital after the…the cockroach? [Laughing.]

BK: In Texas they call me La Cucaracha. You know people are not ‘not kind’, they’re honest instead.

SM: How long from the cockroach morning until you walked out the door?

BK: Oh, right away. Yeah, it was pretty scary. They were! It was more them getting rid of me I think.

SM: Were you medicated?

BK: No. Not that I remember. I think not.

SM: Had you ever been on medication?

SM: I’m trying to get a sense of, was it black and white or did it seem like there was preparation time and then the shift occurred? Because something happened where you went from being in the halfway house, drugged, you know, etc., and despairing, to now being on drugs, I mean, seemingly, I know you can’t remember…

BK: What I know is, or what I would say is, when I went to the halfway house I just can’t remember them medicating me at all. At all.

SM: Just to clarify, you describe a phase of sleeping only three hours a night and hardly ate. Did that change?

BK: Yes, it fluctuated in and out for about three years.

SM: How many hours of sleep would you say you get now?

SM: Has your appetite returned?