The Cloud of Unknowing, Chapter 68 AND SO IT IS THAT WHERE ANOTHER man might tell you to withdraw all your powers and thought within yourself, and worship God there — and he would be saying what was absolutely right and true — I do not care to do so, because of my fear of a wrong and physical interpretation of what is said. But what I will say is this: See that in no sense you withdraw into yourself. And, briefly, I do not want you to be outside or above, behind or beside yourself either!

This article is reprinted from the old Penguin edition of The Cloud of Unknowing translated by Clifton Wolters.

‘Well,’ you will say, ‘where am I to be? Nowhere, according to you!’ And you will be quite right! ‘Nowhere’ is where I want you! Why, when you are ‘nowhere’ physically, you are ‘everywhere’ spiritually. Make it your business then to see that your spirit is tied to nothing physical, and you will find that wherever that thing is that you are giving your mind to, there you are too in spirit, just as surely as your body is where you are bodily! And, though your natural mind can now find ‘nothing’ to feed on, for it thinks you are doing no thing, go on doing this no thing, and do it for the love of God. Therefore, do not give up but work vigorously on that nothing, with vigilant longing and will to have God, whom no man can know. For I tell you truly that I would much rather be nowhere physically, wrestling with that obscure nothing, than I would be some great potentate who whenever I wanted could be anywhere I liked, and enjoy everything as if it were my own.

Let go this ‘everywhere’ and this ‘everything’ in exchange for this ‘nowhere’ and this ‘nothing’. Never mind if you cannot fathom this nothing, for I love it surely so much the better. It is so worthwhile in itself that no thinking about it will do it justice. One can feel this nothing more easily than see it, for it is completely dark and hidden to those who have only just begun to look at it. Yet, to speak more accurately, it is overwhelming spiritual light that blinds the soul that is experiencing it, rather than actual darkness or the absence of physical light. Who is it then who is calling it ‘nothing’? Our outer self, to be sure, not our inner. Our inner self calls it ‘All’, for through it he is learning the secret of all things, physical and spiritual alike, without having to consider every single one separately on its own.

Translation copyright © Clifton Wolters 1961, 1978. This page has been reprinted from The Cloud of Unknowing and Other Works. This is the old Penguin edition not the newer one translated by A.C. Spearing.

Little is known about the author of The Cloud of Unknowing except that he was an English priest, most likely raised in the East Midlands, who wrote in the second half of the fourteenth century.

For comparison, here are a few sentences by Franklin Merrell-Wolff from Pathways Through to Space:

I abstracted the subjective moment — the “I AM” or “Atman” element — from the totality of the objective consciousness manifold. Upon this I focused. Naturally, I found what, from the relative point of view, is Darkness and Emptiness. But I Realized It as Absolute Light and Fullness and that I was That. Of course, I cannot tell what IT was in Its own nature. The relative forms of consciousness inevitably distort non-relative Consciousness. Not only can I not tell this to others, I cannot even contain it within my own relative consciousness, whether of sensation, feeling, or thought.

Comparison of translations of The Cloud of Unknowing

Superb analysis and comparison by Maggie Ross on her blog, Voice in the Wilderness.

In the late 14th century an anonymous English priest wrote a series of letters to a younger friend giving advice on how to achieve union with God. The result was this book: intimate, conversational, practical, knowledgeable. This is probably the most famous work of Christian mysticism in the English language, and justifiably so. The title refers to the fact that we can’t know God with the mind; therefore the author advises his friend that to know God, we must put the mind aside and abide in a cloud of unknowing which reveals itself to be something else entirely. This book is highly recommended. Try to get the older Penguin edition translated by Wolters, not the more recent one translated by Spearing. 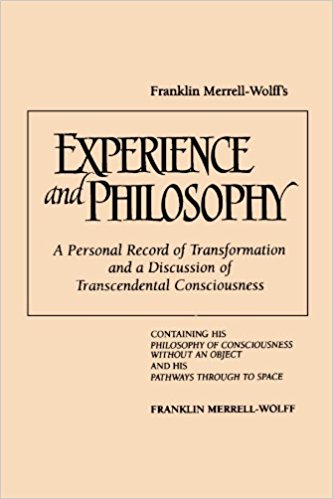